For what was originally due to be their final match of the League campaign Cowes Sports travelled to the New Forest to pit their wits against Brockenhurst who had won the return match 1 – 0. Several Cowes fans made the short trip to boost the crowd.

However the Yachtsmen got off to the worst possible start to the game as just two minutes into the game a long punt into the Cowes area saw their striker head past Conor White before netting from close range to give the Badgers the lead. Worse was too follow for the Island side as a corner saw their striker out jump Craig Insley to head the ball past Ed Hatt for a second home goal. The Yachtsmen responded well though too going two behind and within minutes had halved the deficit when top scorer JOHN McKIE fired home from the edge of the area. Cowes pushed forward looking for an equaliser and it duly came via the foot of CONOR WHITE who netted his fourth goal in two games with a left foot strike into the corner of the goal. Following a couple of yellow cards for John McKie and Conor White Cowes continued to push forward and stunned the home side and crowd by taking the lead when it looked as though the chance had gone, JOHN MCKIE won the ball back before sending his effort past Luke Deacon into the net, much to the delight of the many travelling fans. A great advertisement for Wessex Football ended with the visitors 3 – 2 up a the break.

Cowes were forced into a change at the start of the second half with Conor White off with a groin injury being replaced by Charlie Allen. The second half was quite a quiet affair with not much happening. Although as per usual Cowes conspired to snatch defeat from the hands of victory as poor defending led to Brockenhurst equalising early in the half then with time running out a needless free kick given away some 40 yards out was played into the Cowes area, it was not dealt with and the home side netted what was to be the winner to leave the Yachtsmen gutted that once again their efforts had not reaped any rewards.

Despite midweek conformation of relegation Newport beat Bournemouth Poppies 2 – 1 but more worrying for the Yachtsmen is that Amesbury Town beat AFC Portchester 3 – 2 which leaves them trailing Cowes by four points with two games left to play for both sides. 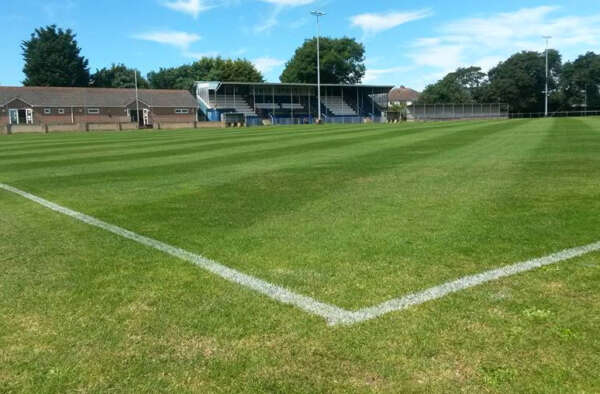