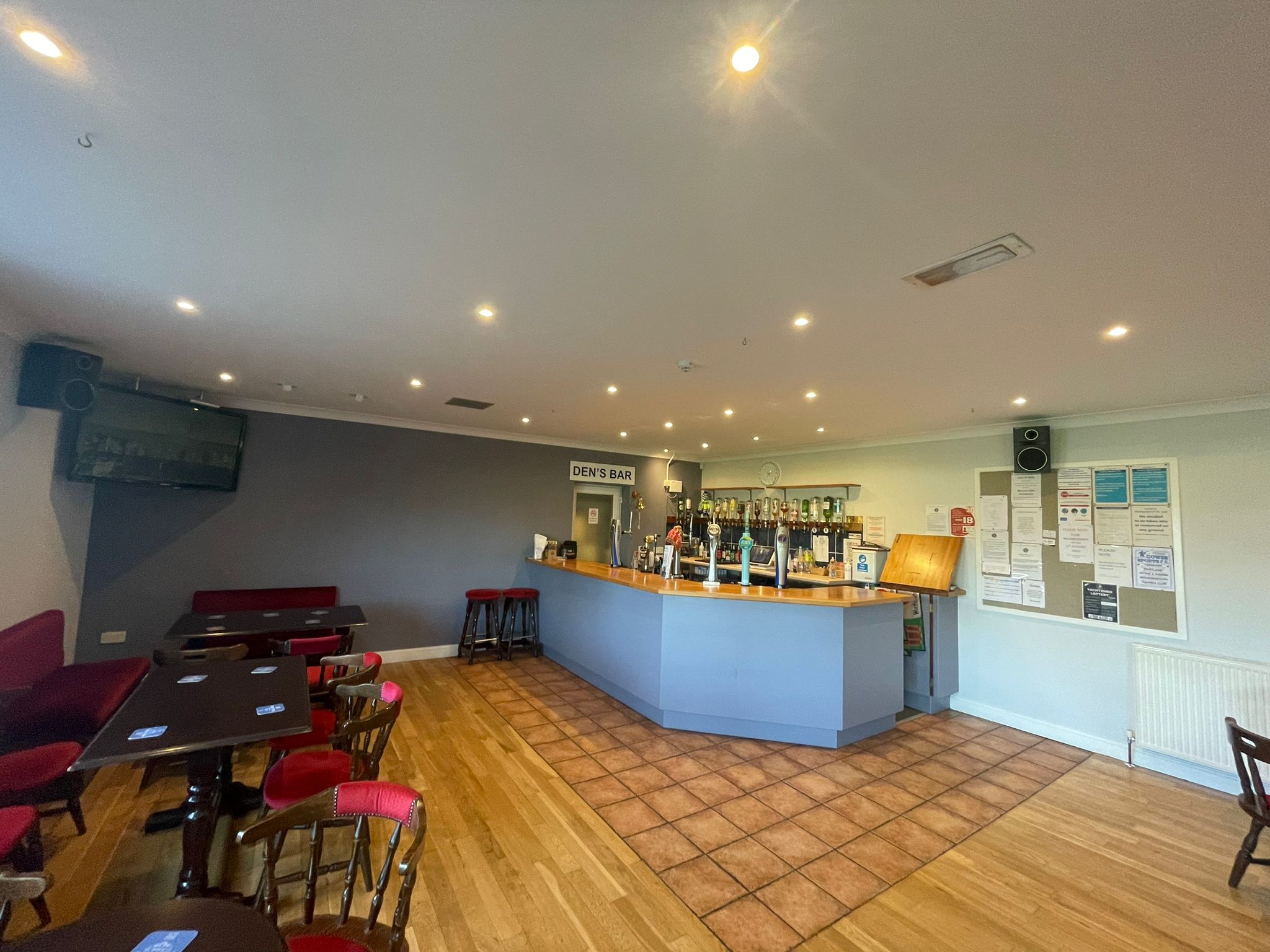 Grand day out in London for the F.A. Vase match last week, I must say. Always interesting to go to new grounds and I’m pretty sure this is the first Cowes game I’ve ever been to by tube – you can’t get much more proper footie day out than that! Yeah, so I eschewed the coach up since me and the lady were off out in London that night and we travelled up together by train in the morning. Parting ways at Waterloo I headed immediately for The Hole in the Wall for a quick pint (likesay, proper footie day out so had to visit this essential pre-match pub, really…) then jumped onto the Jubilee Line and up to Baker Street.

It was pretty weird standing waiting for the Metropolitan Line train at Baker Street as it brought back memories from that exact spot some 32 years ago – not my happiest moment in pursuit of the game, that, but far more peaceable this time and before long I was winging my way through north-west London en-route to Rayners Lane. I was tempted to hop out at Wembley for a quick photo but thought it might curse our Vase efforts so stayed put, and by 1.30 I was ambling the short walk from Rayners Lane tube to the ground. Nice set-up they’ve got, with a 4G pitch and massive modern clubhouse facility, all enclosed by trees and with a low, modest stand over the far side. It’s a community facility though so they said they don’t make any of the money from it, so not sure where they get their spends from.

I arrived at almost exactly the same time as the Cowes coach but was just about beaten to the bar by the main body of the travelling support – not a bad turnout from Cowes with twenty or so making the trip (although I suspect it may be a few more come the trip to New Milton in a couple of weeks). Pre-match chatter centred on our chances against a scarily big and fit looking side, although the big news was that none-other than TV astrologer Russell Grant was the match ball sponsor for the game. No lie!

After a good start from Cowes we let the home side get into the game more and it was no surprise when they opened the scoring before the break, setting off an ominous sense of foreboding among some of the travellers. The second half though! Okay, so we might have had the feeling it wasn’t going to be our day when George Holmes put a gilt-edged chance straight into the arms of their keeper, but we were on top almost throughout and the home side were looking increasingly jittery. Ed didn’t have much to do but produced one cracking save to prevent the Rayners Lane from doubling their lead, and this proved so valuable when a quickfire brace of sharply-taken strikes from John McKie fired us into the ascendancy in the closing quarter. Oh how we celebrated (especially the lads behind the goal…!) As for Russell Grant? Well, I bet he didn’t see that result coming. Badoom tsssch.

The game had got a bit niggly both on and off the pitch, but come the final whistle the home players and support were magnanimous in defeat and the fine welcome we’d enjoyed all day continued right up to a cheery send-off. Exactly how the game should be – full-blooded and passionate but friendly once the final whistle goes. I was kind of sorry I wouldn’t get to enjoy the undoubtedly ribald journey back home on the coach, but I had to head back into the fleshpots of the capital for the night…

So now thoughts turn to the trip to Wessex 1 leaders New Milton a fortnight from today. It’s an eminently doable trip by train from either Southampton or Lymington, and the ground is just over a mile away from the station – about a 20 minute walk as I recall. I wouldn’t be surprised if there’s a few cars making the trip too if there’s deals to be had on the ferries. Either way, come along and let’s have a massive turnout for this one – there’s something special about the Vase, for sure…

First things first though, and what will undoubtedly be a tough game against Bournemouth Poppies today, as we seek to elevate ourselves a bit in the league standings. How we ended up with nothing from the last home match against Hythe is beyond me, let’s hope for a better result today. Enjoy the game.

The View from the Bar 2nd September 2017

Art’noon all, and here we go once again with another home game. Amesbury were last here on the final…