Moving in the WRIGHT direction!

We would like to confirm the signing of LEWIS WRIGHT for the 20/21 season. Lewis will be joining us from local rivals Newport FC, where he has been a fixture in the First XI for 3 seasons.

Over the forced period of closure myself, Alex and Steve have sat down (over FaceTime) and discussed possible additions to the squad. Alex Smith was quick to sing his praises having worked with Lewis on the Southampton Foundation Programme.

Alex saying, “He was excellent to work with, always keen to develop and learn. He has great technique, a range of passing and high work rate he will be a great asset to the club.”

After seeing him play and develop over the last couple of seasons, Steve and I were also keen to bring Lewis on board.

A few words from Lewis,

“I can’t wait to get started with the lads. I’ve known most of them for a long time, and they’re a cracking bunch. I’d like to take this opportunity to thank Sammy and Stew at Newport FC for the last few years and appreciate everything they’ve done for me. But now, I’m excited to see where we can go as a group at Cowes and looking forward to the challenge of the Wessex Premier League.”

I’m sure you, the Yachtsmen faithful, will be excited to see another young talent join the ranks and will support them well over the coming season. With the 2 new additions and the return of John, it has been a positive start in the rebuild for the coming season.

Keep your eye out for more news! 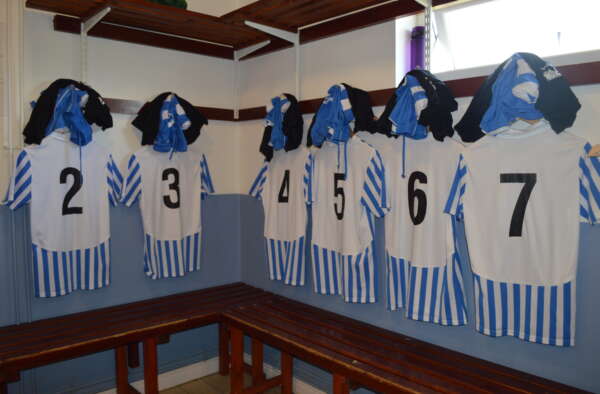 BROCKENHURST TOO GOOD FOR YACHTSMEN