The View from the Bar

I think, had we been offered a draw before the game on Saturday, most Cowes supporters would’ve taken one look at our team sheet and then bitten the hand off whoever was offering the point, given that Blackfield have previously handed us two hearty gubbings this season. But by the end many Westwood faithful would’ve been a little frustrated that we didn’t put our visitors to the sword. Blackfield weren’t amazing, let’s be fair, but with so many First Team regulars missing, the lads in the blue and white stripes put up a frankly excellent display and, with just a little bit of luck, would’ve run out comfortable winners. Jack Barsdell’s drive against the bar must’ve worried a few committee members into thinking they’d need to shell out for a new set of woodwork, such was the ferocity with which the ball was struck, and on a day when Ed Hatt had a rare quiet afternoon between the posts it was disappointing that Blackfield were able to carve out an opener from a rare foray into out box. Brickers’ equaliser (right-footed too) was more than well-deserved, and well received too, as you might expect. Despite frustrations though, and what might’ve been, it was a good point, all in all – well played lads! Top marks also to the visitors from Blackfield, who brought a healthy contingent to swell the gate, and who stayed behind for a good while afterwards (supporters and players alike) to help swell the coffers behind the bar. I believe the team were making a weekend of it, and enjoyed a night out in the town after the game. Good stuff – making the most of the opportunities available to them in the Wessex League, and putting a bit of money into our club (and town) too. Good stuff.

Hearty congratulations to Hamworthy who, last week took another step closer to Wembley (just one step away now, in fact) when they earned themselves a semi-final spot with a 7-6 victory on penalties over Southall, after a 1-1 draw in normal time. Not just any old 1-1 draw either – the visitors must’ve thought they’d nabbed it when they broke the deadlock in the 85th minute, but The Hammers scrambled home an equaliser in the 90th minute to take the tie to penalties. I’m surprised the gate was ‘just’ 741 though – disappointing that supporters in the locale didn’t get behind them more. For those that were there though, what a day! For their semi-final, Hamworthy have been drawn away at United Counties Premier (South) side Newport Pagnell Town (the semi-finals being a one-legged affair since Covid struck) and will travel to Buckinghamshire on April 2nd in a bid to seal a final berth. What’s the betting there’s more than 741 people looking to make the trip north for that game? I do hope so.

Fun fact: Well, not that fun. But it is a fact. On a cold and frosty Boxing Day morning back in c.1986, when I used to head up to that part of the world for Christmas, I went to see Newport Pagnell play since all the senior fixtures in the area (Northampton, Peterborough et al) had fallen foul of the weather. I phoned ahead to make sure it was still on, then persuaded my (unsurprisingly unenthusiastic) Dad to drive me there. On arrival, gates closed, match off. Lucky it was only 20 minutes drive, I guess…

Mixed news on the collecting front of late. A couple of weeks ago I was understandably delighted to secure a highly-prized Yarmouth v Cowes Reserves programme from a fixture postponed in the March of 1986, but then just a couple of days ago I was outbid at the last minute by someone keen to secure a 91-2 West Wight Reserves v Cowes A issue. Outbid? At the last minute? Seriously, somebody else REALLY wanted this programme. There’s some strange folk about, indeed. Me? Oh no, I’m not strange. But the other guy – whoa… off the scale!

Today’s visitors Christchurch have shown they’re more than a match for anyone on their day, with wins against Brockenhurst and Alresford in recent weeks, and draws against the likes of Horndean and Baffins too, so I expect we’ll be in for a tough afternoon today. Chances are I’ll miss it as, as at the time of writing, I’m in Covid jail, having had a positive test on Wednesday, but I’ve plenty of memories of previous encounters to get me in the mood for a bit of Ceefax-style match following on Facebook. Foremost in my mind are the two trips we made down to Hurn Bridge in 1991 for a Russell-Cotes cup tie. 2-2 in the first game (equaliser courtesy of a Steve Ryan 35-yard grass-cutter free kick). A few weeks later we were back there for the replay (no lights at Westwood then, remember), and a brace from John Beard saw the plucky Hampshire Leaguers see off their Wessex League hosts. Great nights out, they were.

I hear the postponed Gold Cup tie with West Wight has been rearranged for Tuesday 29th March, so I look forward to seeing you all up here then as Gold Cup action returns to Westwood for the first time in three years. Until then though, enjoy the game today. (I’ll be reloading the Facebook page…)

Ah right. That was the summer break then? Where did it go? I barely even noticed it had started.… 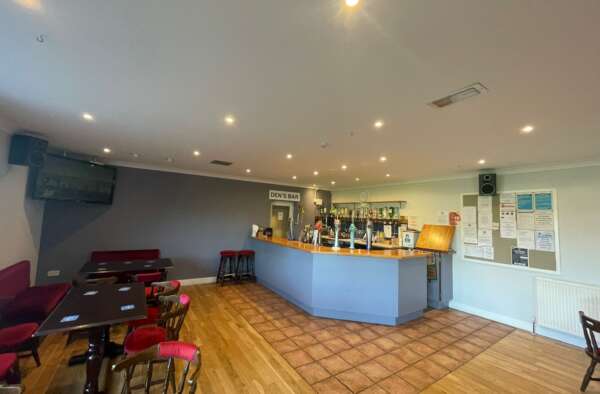 So, I missed the Laverstock match, as I’m sure you may well be aware. I was on the mainland…