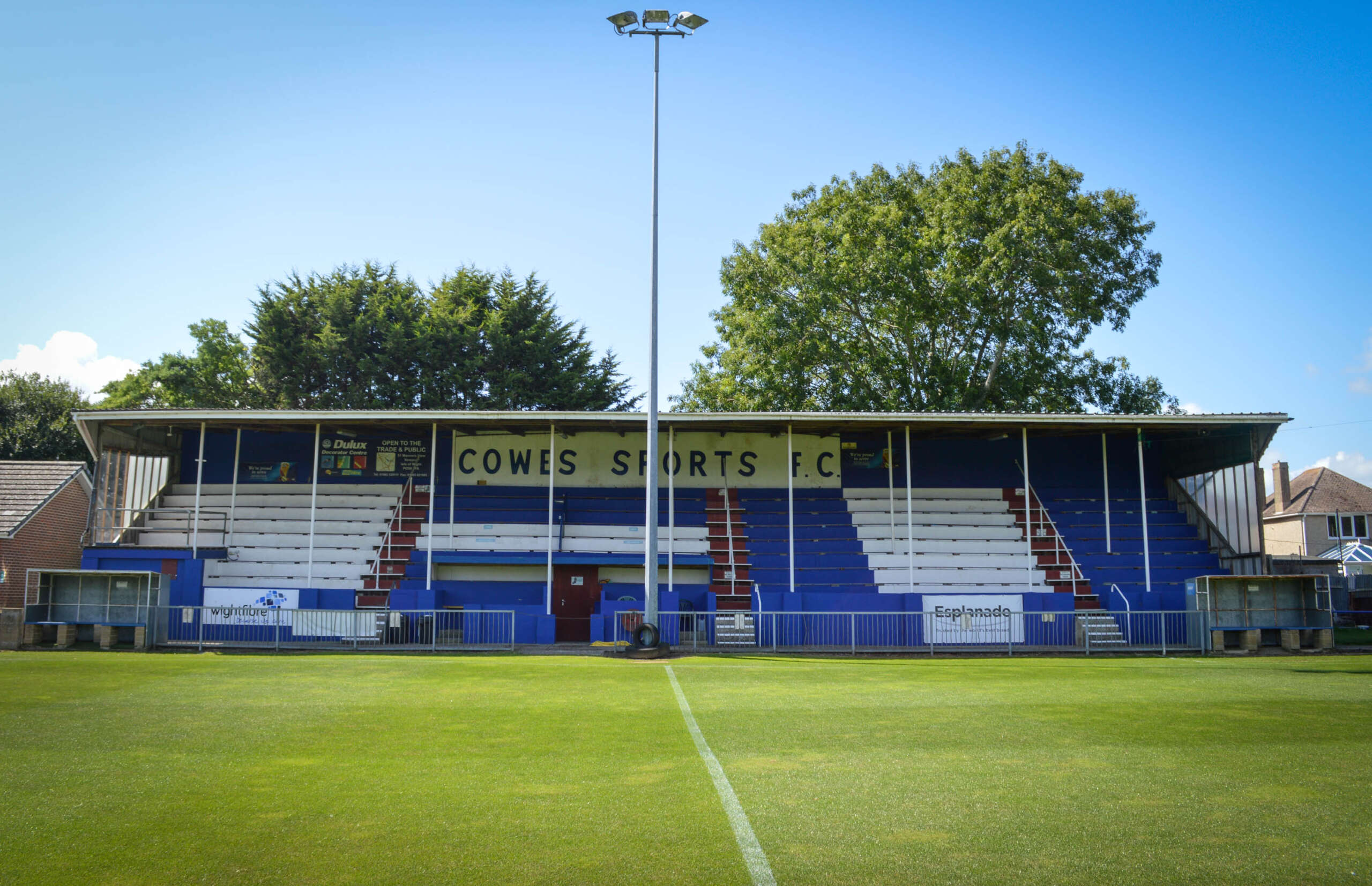 MISSED CHANCES COST COWES AS THEY SLIP TO DEFEAT AT HORNDEAN

An away trip to high flying Horndean was the latest fixture for the Yachtsmen. Five changers to the squad from the hard fought Gold Cup victory as cup tied Henry West, James Flux and Teddy Mumford rejoined the squad whilst Ewan Cranwell and George Holmes were in too.

The Yachtsmen, kicking down the slope in the first half, could have taken a 2nd minute lead when Ben Tickner pushed forward down the left before crossing into the centre to Ji Nash around 10 yards out with the goal at his mercy but he was unable to gain control the ball to get a shot away and the chance was gone. Cowes again came close in the 13th minute when Harrison Dempsey played the ball to Finley Phillips who cut inside and shoot but ‘Deans keeper Cameron Scott gets his left hand to push the ball away for a corner. Another chance for the Yachtsmen on 16 minutes when a long clearance bounces over the home defence leaving Jez Conway in on goal but again the homer keeper does well to block the shot with his feet and send the ball over the bar. Horndean’s first effort at goal came on 20 minutes when a good battles between Harrison Dempsey and Zak Willett ended with the latter shooting and Ed Hatt saving at the expense of a corner. The Cowes custodian was again in action after 25 minutes pushing a Tommy Tierney shot away for a corner. With half time fast approaching the home side went ahead when a cross from left back Brandon Miller found CONNOR DUFFIN with a free header in the middle of the box which he buried past Ed Hatt. So perhaps a little disappointing for the Island side they went in one behind at the break. H-t 1 – 0

In the 57th minute Scott McFarlane drove forward played the ball to Jez Conway whose shot was half blocked before being cleared on the six yard line by a home defender. Ed Hatt then saved well from a Zak Willett shot in the 62nd minute. A minute later and the home side doubled their lead when Tommy Tierney squared the ball to ZAK WILLETT on the edge of the Cowes area who curl his shot past Ed Hatt’s outstretched right hand into the net. George Holmes replaced Jez Conway on 65 minutes. Horndean controversially added a third goal in the 71st minute when a clearance was blocked by the hands of ZAK WILLETT, the Referee waved play on which saw the Horndean player through on goal to calmly slot the ball past Ed Hatt. Immediately Scott McFarlane and Ben Tickner were replaced by Aedan Coode and Teddy Mumford. Tommy Tierney saw his shot from 25 yards take a slight deflection that took the ball onto the crossbar. Horndean then made a couple of changes as Connor Duffin and Sam Hookey were replaced by Karol Skoczen and Sam Emeny respectively. ZAK WILLETT completed his hat trick in the 82nd minute firing past Ed Hatt on the angle before he was taken off with Arty Kerton coming on.

A spirited performance from the Yachtsmen with the 4 – 0 scoreline maybe a bit harsh on the efforts but once again the two young full backs, Harrison Dempsey and Ben Tickner showing up well as did Teddy Mumford when he came on, however Horndean showed that when they create chances they take them where as the Yachtsmen need to be more clinical in front of goal.