A shorter midweek trip for the Islanders as they made their way to Lymington Town for another vital game.

A few enforced changes for Steve Hunt’s side as Charlie Allen, Dan Vale and Leigh Mackenzie all came into the starting line up for this trip.

Just two minutes into the game and the Yachtsmen were forced into a substitution as skipper John McKie pulled up with a hamstring problem, being replaced by young Callum Watkins. Four minutes later and the Yachtsmen were a goal down when ASHLEY JARVIS netted. Cowes responded as Dan Vale went close with a shot in the 20th minute. Worse was too follow as the home side doubled their lead when SAMUEL HOUSE scored a second goal for Lymington just before the half hour mark. Cowes managed to keep it to just two down at the break.

However early in the second half and two became three when ASHLEY JARVIS netted his second of the game. A dejected Cowes side then tried their best to find a way back into the game but were hampered when injury forced Max Draper off, his replacement new signing Elliott Dawes. Not a lot happened for the remainder of the game until the final moments when Callum Capon replaced Connor Furmidge then with the last kick of the game substitute JAKE KING netted a fourth goal for the home team to complete a miserable evening for the Yachtsmen. 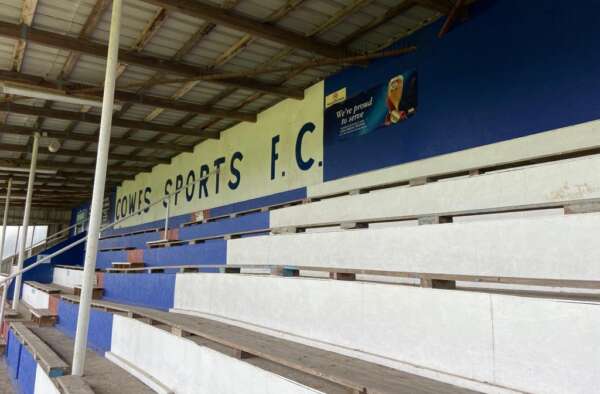