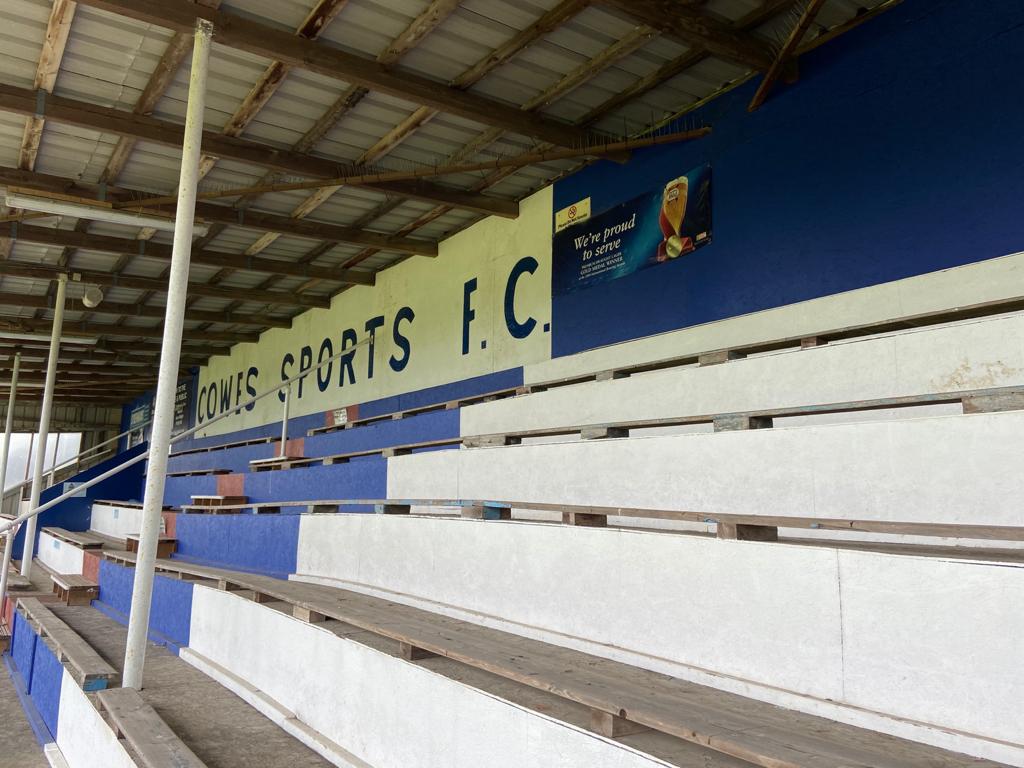 The Yachtsmen took a sixth minute lead when a quick Eli Ahmed throw-in found John McKie on the corner of the box and he fired in an unstoppable shot from a narrow angle.

After the visitors had missed a very good chance, Cowes almost doubled their lead after nineteen minutes as John McKie danced past three defenders, but saw his shot cannon off of the near post and rebound along the goal-line to safety.

On thirty-five minutes Hythe were handed an equaliser when Fin Phillips’ crossfield pass was intercepted and Filippos Terzidis netted with ease.

Early in the second half the Yachtsmen were denied by the woodwork again, when George Holmes was put in by Eli Ahmed, but his effort agin hit the near post and rebouded along the goal-line to safety.

On the hour the visitors took advantage of their good fortune when Terzidis completed the comeback.

The referee then turned down a confident claim for a penalty as John McKie was knocked over inside the box and with time running out, he had another chance to equalise but pulled his shot wide.

In added time Brandon Hayward received his marching orders after a second yellow card, but there was still time for substitute Jared Wetherick’s effort to be cleared off the line, only for John McKie’s shot to sail over the bar from the rebound